Barong Dance Painting. Bali has very diverse elements of tradition and culture. This is one of the reasons why Bali is able to attract local and foreign tourists. Bali is a province where the majority of the population is Hindu and has a unique culture. One of them is Barong Dance. Balinese people consider the barong as a very sacred dance.

A painting that symbolizes the battle between evil and good. A barong swaying with dancing protector of lion-like creature. The personification of evil, rangda widow  witch, with long fangs and protruding eyes, is on the left. Together they symbolize the never-ending battle between positive and negative, good and bad in the forces of the cosmos. In a ritual dance performance held in the outer courtyard of a Balinese temple, they show each other in rather violent confrontational expressions, their long hair swirling.

Rangda holds a white cloth in his hands, strong as a symbolic weapon of magical power that with the relentless waves from it render their enemies helpless, as in this life the struggle against evil, challenge or temptation never stops, and they come and go. Discussing the history of the Barong dance, it turns out that until now there are still several versions that are often told. The first version says that this traditional dance is said to have existed in Indonesia for a long time as an art of the Austronesian people. The art contains the story of Bhatara Pancering Jagat and his wife, Ratu Ayu Dalem Dasar.

The story tells of Barong and Rangda who have a connection with the story of Shiva while looking for Dewi Uma. In addition, the stories told also adapt to the social conditions of the Balinese people. Where the function of the barong then turned into a spiritual means for the local community. It is no longer an ordinary performance but a highly respected sacred procession. Namely when Ida I Dewi Agung Sakti asked for a puppet like performance with thirty six dancers. This dance art later became popular as Barong Kadingkling or Barong Bablasan. You could say, the majority of Balinese people know this dance. 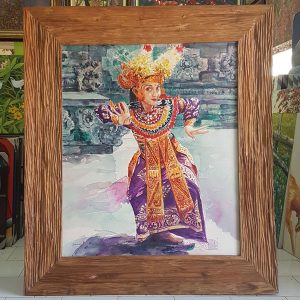 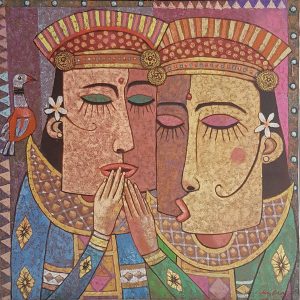