City Atmosphere- Urban areas are areas that have non-agricultural main activities. With the structure of the function of the area as a place for urban settlements, centralization and distribution of government services, social services, and economic activities.

Description Of The City Atmosphere Painting

Big cities are synonymous with skyscrapers, dense houses, shop houses along the street, full of crowds. Busy office activities and utilities. A city system is a group of cities that are functionally interdependent on an area. And affect the surrounding area. The city system contains the distribution of cities, city indexes and priorities and city functions.

City is a residential area with a relatively large population and high population density. In addition, the existing settlements are permanent and inhabited by heterogeneous communities. The formation of the city is the result of the development of the village in the expansion of settlements and the increase in population. Cities function as centers of settlement and human activity. So that its existence becomes very important for the surrounding area in trade, government, industrial and cultural activities..

The choice of a city as a place of settlement is influenced by the presence of jobs in the services, transportation and manufacturing sectors. Cities also have drawbacks, namely a high cost of living and a high crime rate. This painting depicts an urban area. where in this painting you can see tall buildings located in urban areas.

In general, urban communities are more individual in nature, while the nature of solidarity and mutual cooperation has begun to no longer be felt. (This stereotype then causes city dwellers and immigrants to take an indifferent and indifferent attitude when interacting with other people. They ignore the fact that city people can also be friendly and polite in interacting). And urban communities are easier to adapt to social changes due to their openness to outside influences. 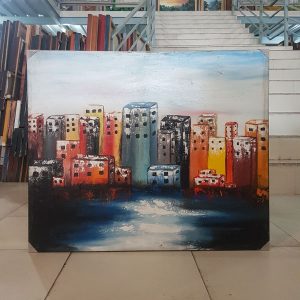 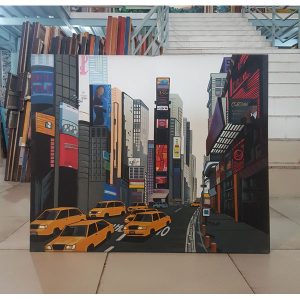 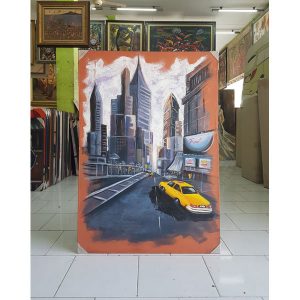