Superman is one of the characters included in the superhero. Superman is known as an agile and aggressive fighter. Which has the most power compared to other characters.

Description Of The Superhero Painting

Children usually have a fondness for fantasy. Furthermore, this fantasy usually leads to funny things. Then this fantasy show is motivated by interest. Interest in consuming visuals about fictional heroic stories. This can be found on television broadcasts and comics. Which at that time was very popular. A fictional superhero who at that time became a hobby. And also become the object of parody with their peers while playing. This painting depicts superman who is agile and aggressive. Superman has a tough and independent personality. It even has a loving side. Besides superman is a hero who guards the city. The metropolis is always under attack by criminals. But superman is always quick to beat them.

Superman is one of the strongest super heroes compared to others. Superman doesn’t have weapons like guns or knives. He was just using his power. Even just with his strength can defeat his enemies. Superheroes aren’t always depicted exactly the way they are in comics or television. Sometimes there are parody affixes to the images. So that it seems more natural but still fun.

Superman is the first superhero character to wear an emblem or a logo on his chest. The original character design does not use any emblem. But because of the times. The S Sign was added. For its creators S stands for Shield. The original form of the logo was an imitation of the Police Badge in America. But after Superman became famous, the logo became known as The Knight Shield.

However, the S sign until now has many meanings that are adapted to the times. And the interpretation of the fans. Starting from just an abbreviation. The word Superman is associated with Jewish beliefs. And finally the S symbol which means Hope or (hope as told in the movie Man of Steel). 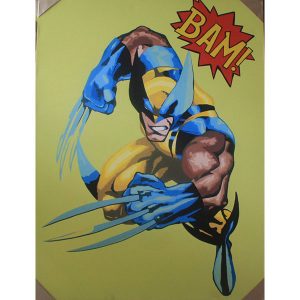 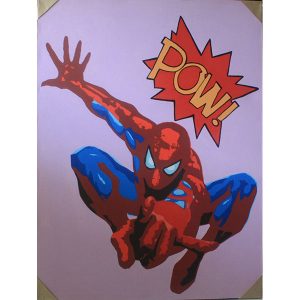