Traditional Market Painting- Traditional markets are markets that occur because of the existence of sellers and buyers in a certain place, especially in rural areas.

Description Of The Traditional Market Painting

This painting depicts the atmosphere of a traditional market. Seen a market that was busy with buyers and sellers. The sellers put their wares on the bottom with a basket. Most recently, some buyers are choosing the items they want to buy. In addition there is also a woman who is carrying a basket filled with goods on her head. There are huts made of thatch roofs around the market. This certainty is the house of residents who live near the market. This market is far from modern. Supported by the market atmosphere that looks in the countryside. And also the clothes worn by traders and buyers are still very traditional.

Traditional markets have multiple roles, which are not only a meeting place between sellers and buyers but the market also has a function as a meeting place for cultures brought by everyone who take advantage of the market.

The interaction without them knowing there has been an influence affect the culture of each individual. Traditional markets play a very important role today. especially in rural communities. Markets, in rural communities can interpreted as a gate that connects the community with the outside world. This shows that the market has a role in cultural changes that take place in a society. 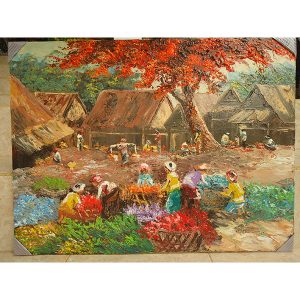 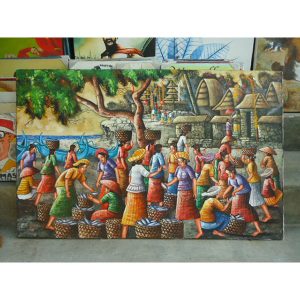 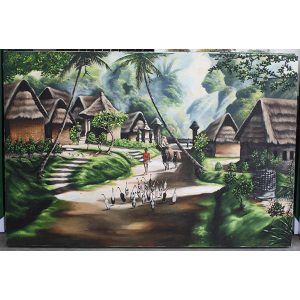