This figure painting depicts two beautiful and sexy women who are having a party. They dance very lively and passionately accompanied by music on a beach.

Description of The Painting

The art of drawing is an object that never stops being explored. The complexity of the human figure becomes its own allure to be realized in the visual. In addition, the way it is depicted is imprecise and unrealistic.

Characters in the creation of works of art are objects that are quite intensely created by artists. The tradition of figure painting, especially in its current development, has an important place.

Even the figures in the Indonesian painting tradition show a strong intensity. These include identity, image, nationalism, and ideological contradictions. This painting is a portrait of a woman who is having a party near the beach.

In fact, two women were seen dancing in the midst of the festive atmosphere of the party. Two women with exotic skin and slim bodies and blonde hair are seen enjoying the event.

Around him many people were dancing but it was made to look less obvious. The beach atmosphere is seen by the presence of several coconut trees in the area. In addition, the towering coconut trees look good.

The twilight atmosphere is made to add to the beauty of the painting so that it looks the same as reality. This is a sight that we are familiar with in the Bali area.

Beachside parties have always been a top destination for travelers. Enjoy the beauty of the beach while dancing.

Accompanied by pop music or rock music. In addition, this painting displays the beauty of the beach atmosphere in Bali which is often visited by tourists.

Meaning of The Figure Painting

This painting makes an object look fresher. In terms of color, this painting looks fresh and fun. In addition, it shows the impression of freedom. 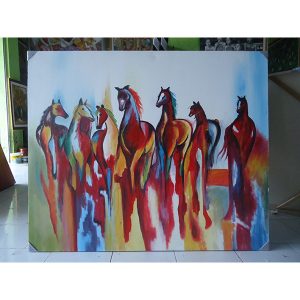 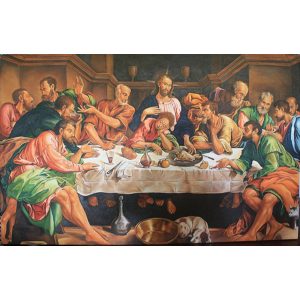 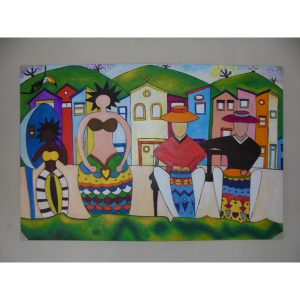