Tulip Painting. This flower is the genus name for one hundred species of flowering plants belonging to the family Liliaceae. This flower have been classified as one of the plants that are widely cultivated by humans. Tulips are very beautiful with various shapes and colors. Tulips are famous in the Netherlands and bloom in winter from March to April. Therefore, the Netherlands is known as the Land of Tulips.

Tulip is also the national flower of Iran and Turkey. Tulips are native to Central Asia, and grow wild in the Pamir Mountains, Hindu Kush Mountains and the steppes of Kazakhstan. In other words, these tulips are actually wildflowers. The Turks were the first to cultivate tulips. At the beginning of the thousand years and during the reign of the Ottoman Caliphate. Especially during the reign of Sultan Ahmed III one thousand seven hundred three to one thousand seven hundred and thirty. Flowers Around Tulips are rich in medicine for health.

At first, tulips grew wild in Central Asia and West Asia. The Ottoman Empire of Turkey was captivated by the beauty and perfection of the tulip and began cultivating tulips as early as one thousand. The tulip motif has long been used in Persian and Turkish decorative arts. The European name for tulip comes from the Persian for turban because the tulip flower when not fully bloomed looks like a turban.

Types of tulips that have been known since ancient times have stripes, brush strokes, or flakes or have different colors on certain parts of the petals, while newer types have different color patterns on the petals. flower leaf. Another touch of color in the base color of the tulip is due to changes in the pigments on the top and bottom of the flower.

Mosaic virus infection carried by insects such as fleas has led to the emergence of a rare type of tulip with beautiful motifs such as the brush strokes that the Dutch hunted during Tulip Mania fever. The mosaic virus causes the tulip plant to suffer and die slowly, although the resulting flowers become very beautiful. At present, the mosaic virus can be said to have almost disappeared from the tulip fields. 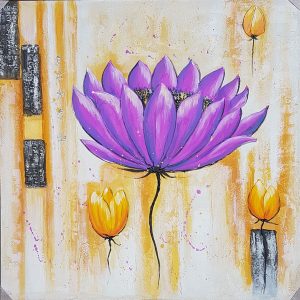 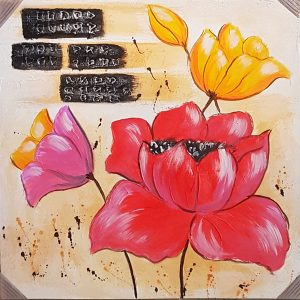 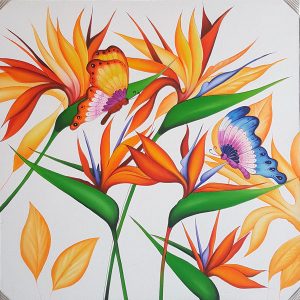